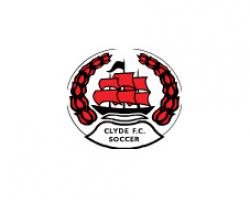 McQueen denies Berwick in thrillerBrian McQueen scored in the final minute as Clyde came from behind to draw 3-3 with 10-man Berwick in a thriller.It took Michael Dunlop just two minutes to put Rangers in front as he headed home Lee Currie's cross, a lead Josh Morris doubled in the 19th minute when he turned in Colin Cameron's free-kick from close range.Michael Daly got one back for Clyde after 37 minutes with a header from Neil Janczyk's free-kick but Paul Currie restored Berwick's two-goal cushion a minute later when he took advantage of sloppy marking to nod home

Clyde were not done yet, though, and gave themselves a lifeline in the 77th minute as Scott Ferguson's left-footed shot crept inside the post.Steven Notman was then sent off for the visitors for a second bookable offence and that gave Clyde the belief they needed to snatch a point through McQueen's close-range strike